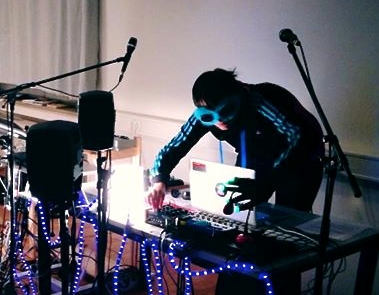 The contextualisation of material leads to an interference of aesthetic perception: Brian’s beats form a symbiosis with musical quotations of Helmut and 1980ies porn-music, while Wolfgang’s harmony gets a glossy make over courtesy of DJ Bobo. The performance is a metaphor for the overwhelming flow of information that we are exposed in everyday life. The text consists of Facebook posts pulled from various discourses about the “Alltags” aesthetic movement in German contemporary music.

scape_ is a series of compositions that consists of musical material generated from modulated underwater recordings and sounds of crickets. The complex spectrum of underwater sounds of the River „Main“ in Frankfurt (Germany) in combination with recordings of insects leads to an extraordinary crystalline sonority. The soundscapes are removed from their former context, confronted with their diversity, and finally transformed until they reach the highest level of intersection. Rhythms and melodies arised as artefacts from various sound synthesis methods are additionally integrated as musical material. scape_12 is a 12-channel – composition. it discovers the calm and sparkling backside of a large city beside all the common urban noises.

scape_1 has been released on Edition DEGEM 2014.

This is the first piece with my Music_Box_Sampler, consisting of 36 small music boxes (playing 9 different songs), equipped with contact microphones, connected to Max / MSP. The music boxes are screwed on a wooden box that amplifies the sound of the music boxes. The performer plays every single music box only for a very short moment, to produce only 1 – 3 sounds per instrument. So every music box works like one piano key. The 9 given songs define the pitch range of the piece. The live input of the music boxes runs through two high pass filters with random cutoff frequency. The filter’s output runs through 8 different transposers with constantly changing transposition values and in total 16 different delay lines. The original sound input is also led into frequency modulation and at the end of the piece a distortion sub patch is triggered. this creates a distorted music box sound that reminds of the typical old school 8 bit sounds. 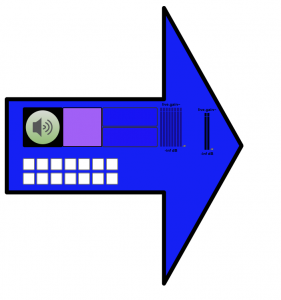 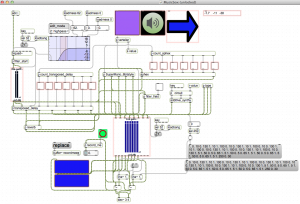 It’s basically the reflection on the reflection: The sound installation reflected on the Mozartlabor, that contains the reflection on Wolfgang Amadeus Mozart. The facilities of the Festival had been equipped with several hidden microphones to catch official panel discussions as well as private opinions about topics around Wolfgangs music.

…actually Mozart has been a pop star of his time. Therefore it was the logical conclusion to fill his rhythms into a step sequencer, which is obviously a common tool in todays pop music.

So Wolfgang gave us his rhythmical counterpoint, field recordings and direct quotes collected during the festival provided the pitches and sound colors for this piece. We coded a polyphonic step sequencer in Max/MSP (up to 4 voices with 512 steps per voice are possible; time signature that can be chosen individually). During the installation 4 sequencers were running at the same time.

Sarastros Pforten is a critical review on this media overloaded, glossy figurehead event. 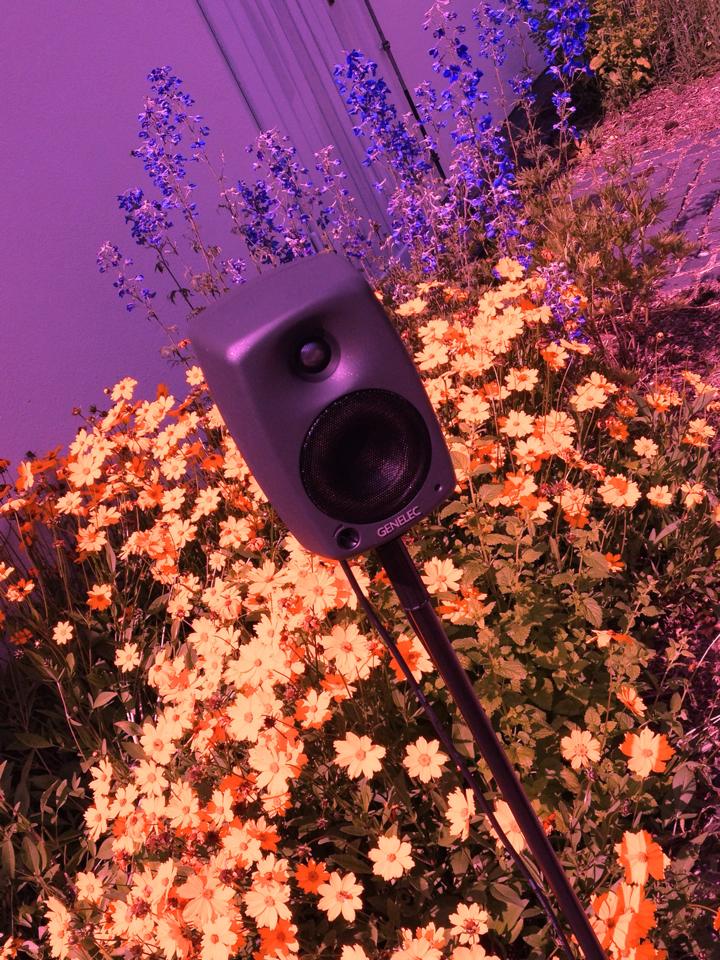 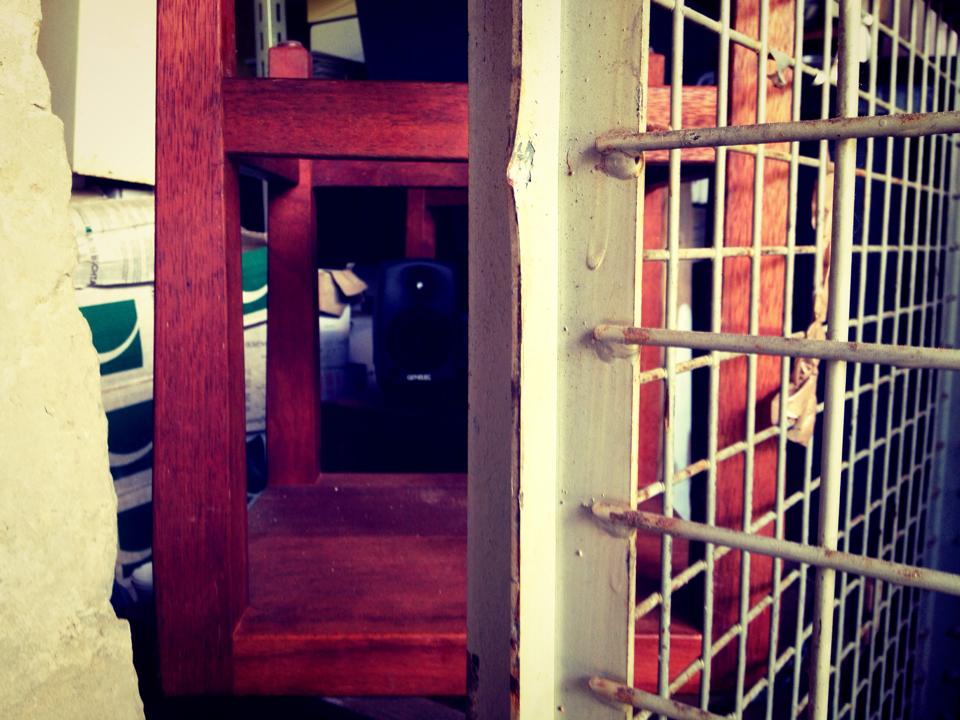 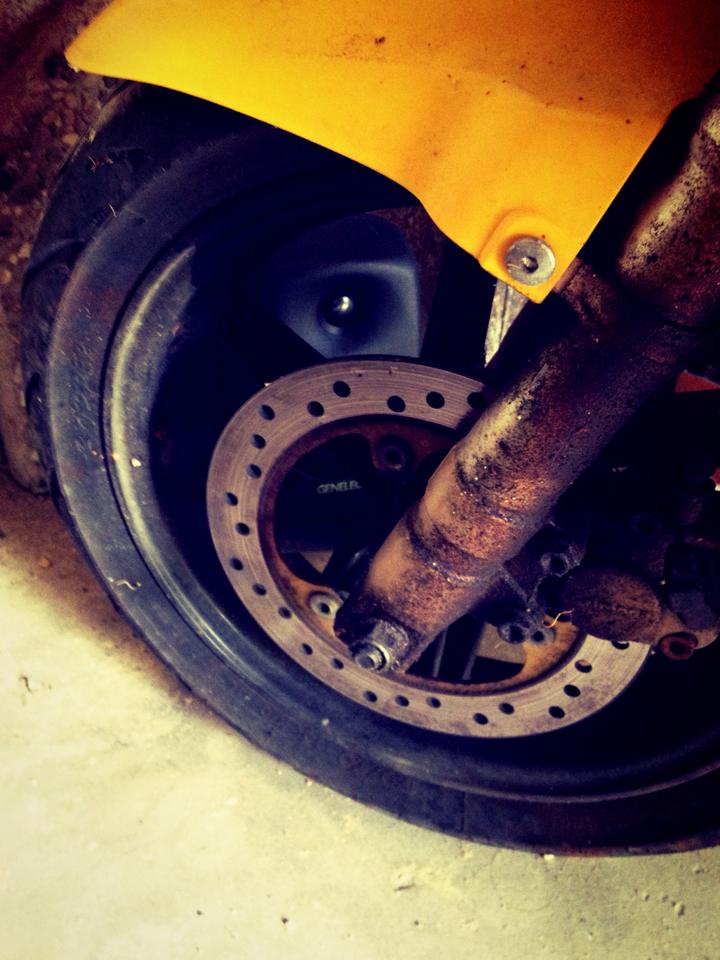 Presentation Mode of our patch: 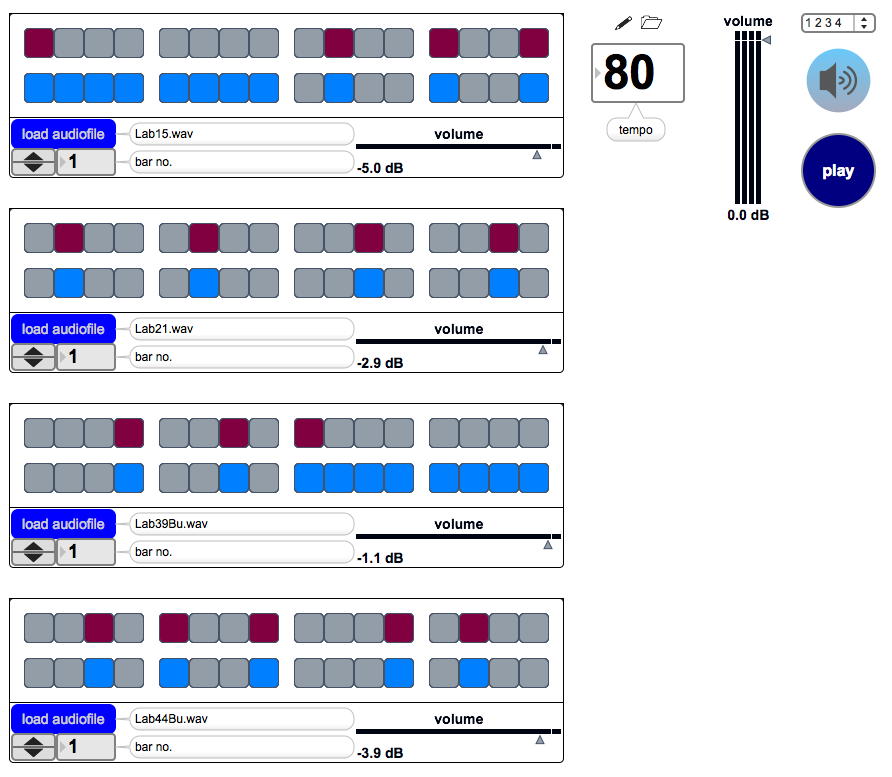 The piece Lokalklang FFM was part of the Lecture Performance „Verortete Stimmen“ together with Elena Ungeheur within the Lokalklang Festival 2014. The performance contrasts the differences between “Lokalklang“ (local sound) and “Heimatklang“ (native sound) and reflects on the topic of „Home / Homeland.

Local Sound ranges from the sound of your local tram to a regional dialect. It’s a site-specific sound. Local Sound can be perceived as Native sound / Home sound, if it is related to a place you consider as “home“. —by the way… every field recording is technically speaking a Local Sound. My piece Lokalklang FFM is a Mashup of different Local Sounds I collected in Frankfurt/Main since winter 2012 (below you find an ingredient list of all sounds). My aim is to achieve a sort of acoustical imprint of the city.

Reality is „Beyond Eden“. The positive as always its drawback, because „every flower has its own shadow“ and „dreams are blown away, if they don’t know where to sleep“. The alienation among us, between us. Where is the spiritual warmth? – „Long-distance heat“. The imperfect finds its musical translation in the use of artifacts, unpredictable side products of sound synthesis

Two persons equipped with a couple of rubber ducks enter the stage, going directly to a table with two screens and two gamepads on it. They are going to play a computer game against each other. It’s a sort of racing game. The player that reaches the finish first wins the game. The speed is controlled by the pressing certain buttons on the game pad. What both player don’t know is, that the game engine has some bugs in it. The „bugs“ are intended and therefore controlled during the game by the composer, who turns out to be a (hidden) third player in this game.

[-+] without additives NO STARS BIG BAND

Are you tired of being confused? This band will make it even worse! [-+] WITHOUT ADDITIVES NO STARS BIG BAND plays the most bone-crunching, gut-ripping and brain-melting music in the whole universe. Incorporating a handful of totally unrecognizable elements from the most obscure corners of music history, they not only combine them in most inappropriate ways, but most of all they create new disturbing music-genres, revealing so the self-mutating gene of music. Members: Damian Marhulets, Julia Mihály and Sebastian Wendt.